Brought to you by the ergonomics professionals at EKG Inc.

Every decade seems to have some gimmick device for the office that comes out, gets popular and becomes a fad that everyone wants. At first glance and with little critical thinking, these gems have unique and curious features that seem reasonable and address an issue whether real or created that they would help. Add a sales angle and some societal momentum and bingo: one of many Office Ergonomics Gimmicks is born. People may initially even feel the benefit of a specialized ergonomic chair, however, these office furniture design fads soon disappear once frustrations reveal themselves after long term use.

The 1980s – The Kneeler Ergonomic Chair

The kneeler chair was most popular in the late 80’s and early 90’s. They are sold on their ability to correct alignment of the spine, promoting fatigue-free sitting, optimal weight distribution on the leg pad, accommodating short or tall people and more. Sitting down or kneeling in one of these seats initially feels very different and changes the way one traditionally sits.

Soon after repeated use, the user experiences extremely sore knees and shins, stiff backs, and at least a couple falls from trying to get in and out of it. Not to mention difficulties tucking it close to the workstation and being high enough to see and reach items.

They are pretty simple: a bag filled with some resistant material such as beans, sand, sponge, water, gel, rubber, foam, etc. The sales pitch explains that by squeezing, smashing, throwing, etc. this ball around, you will relieve stress. It produces a calming effect, fosters relaxation, and helps in regaining energy lost during a hectic day. A few quick squeezes of a stress ball helps improve blood circulation in the lower arm and are a great way of rejuvenating tired hands. Initially, as people reach for the ball, they change their activity and postures each time.

Again repeated use often leaves people with even more soreness in their forearms, wrists, and hands. During the workday, they handle, finger and grip the keyboard, mouse, telephone, calculator, documents, and more. The squeezing of the stress ball recruits the same muscles eventually wearing them down and creating soreness.

Today people think exercise balls can replace a good ergonomic office chair. Entire offices and classrooms stripped of chairs and replaced with exercise balls.  Sitting on an exercise ball has been sold with a catch phrase called "active or engaged sitting." The muscles associated with sitting have to make continuous adjustments rather than passive slouching and poor postures from regular and even ergonomic chairs. The ball forces you to assume a proper posture because if you do not the ball will roll out from under you.

Soon after trying this, people describe this “active sitting” as one of the most tiring, uncomfortable and stressful things on their backs. By the end of the day, their backs hurt and they are more tired than usual. Poor back postures occur as the worker tires and fatigues over a full day of work while struggling to maintain easy access to their computer workstation. Activity without proper rest and recovery results in overexertion and muscle fatigue.

Why do these office trends not survive?

Each of the items has potential benefits when used in the proper context and for the right person. However, a balance must be considered and established; too much of a good thing can create a problem. Other people will swear by any one, or all of the above gimmick devices, but most will pass on them over time.

Initially, people use these items, change the way they were doing their job and feel better. Over time, the new ergonomic devices become the norm, no longer changing the way people work and people start to get sore again. People can also rely on these items too much, and as a result, rely solely on them. The reality is that people tend to feel better during the brief transition period when they start using these devices; it changes the way they do work. Once new becomes the norm,  there is no longer rest and recovery for the recruited muscles needed to use the device and initial benefits fade.

Do not be fooled and jump on the bandwagon of the next office ergonomics gimmick, like the treadmill desk. Critically evaluate the item and consider the long-term impact of using it rather than the immediate temporary relief they provide. The best solution is continuously change: hands, activities, positions, postures, object locations, etc. Change recruits new tissues while the previously used ones can rest and recover. This approach reduces the risk of wearing down any one of them because each works a little instead of one working a lot. 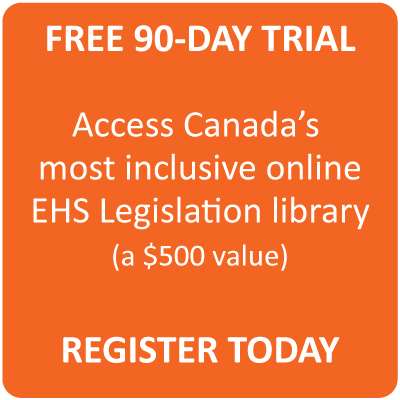